Fresh off the release of its bottled nitro coffee, Loco Bean is relaunching its low-performing location at 2438 E. Pikes Peak Ave. as Babes Espresso. The new venture will open Oct. 13 after a two-week closure, says owner John Reinecke in an interview with the Report, and will compete directly with local chain Bikini Xpresso, which currently runs three locations.

“The bikini coffee thing in that area, I think that we’re adapting to the audience,” Reinecke says. “It definitely needs a draw. It can’t just be another coffee shop that’s on the street, you know? And that’s really the difference.”

The owner says Loco’s house-roasted beans will continue to feature, but the menu will be completely revamped with specialities specific to that location. Five to seven “gorgeous” baristas will rotate throughout the week, like manager Biancha Gallo (pictured).

“We are having some phenomenal looking girls there,” Reinecke says. “I’m really able to find girls that are still willing to do that type of employment, and that are absolutely gorgeous. I’m actually being able to be a lot more selective with who I have, and offering that type of adult service.”

That service will involve a classier approach to enticement, the owner says.

“We’re not going to do bikinis or pasties,” he says. “Pikes Peak [Avenue] is in front of a carwash, so we will be doing bikini carwashes, low-rider shows, stuff like that to market ourselves. But when the girls are making drinks, I still consider our female patrons, so I don’t want to turn them off. They’ll be classy: There’ll be corsets, there’ll be cheerleader outfits, there’ll be schoolgirl outfits. The bikinis and the pasties and lingerie is really tacky in my opinion.”

And expect more in the future from the Loco Management Group.

“The management group, when I originally wrote the business plan, was to have different types of concepts in food and beverage,” Reinecke says. “So, it’s not just coffee. We’ll do a bar and we’ll do a restaurant and we’ll do these different things.” 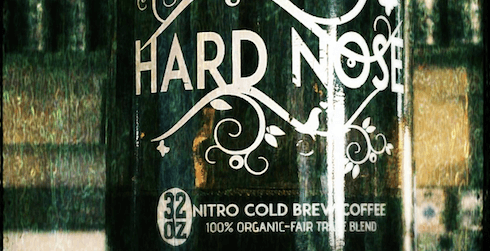 One thought on “Former Loco relaunching as Babes Espresso”