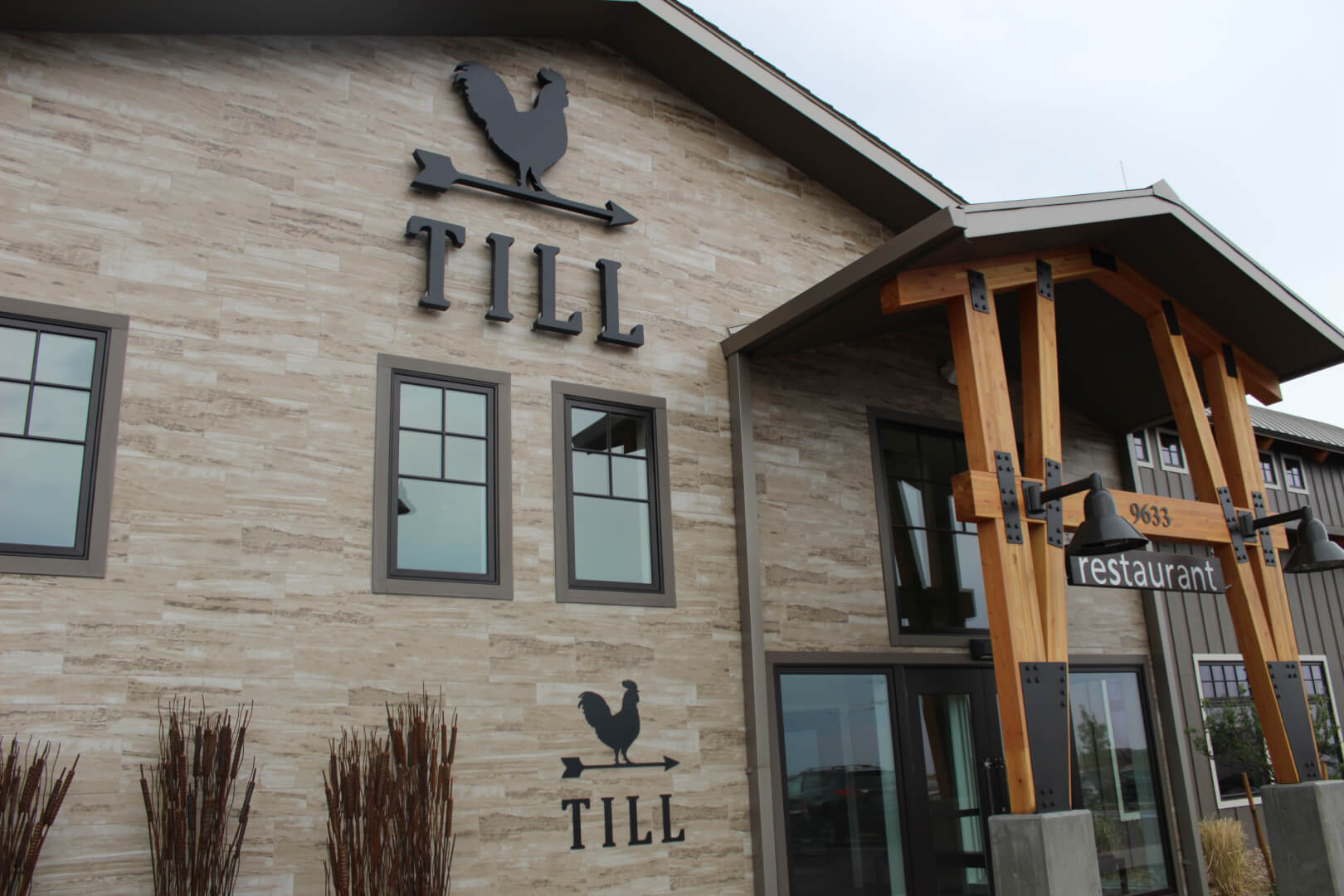 It’s finally happening: On Monday, June 27, the anxiously awaited restaurant/bar/market TILL — which the Food Report has followed since the beginning — will be opening its doors for dinner service at 5 p.m. at 9633 Prominent Point. Lunch will follow on Tuesday, June 28th, with an 8 a.m. breakfast starting in a few weeks.

I had the chance to sit down with vice president and chef Sheamus Feeley to take a private tour of the facility, get to know him, other members of his impressive team and feel out the overall vibe and culture of TILL.

A self-proclaimed “child of the South” Feeley hails from Fayetteville, Ark.  He paints a serene, home-grown picture of his farm-family upbringing; recounting topping-and-tailing green beans, foraging for morels in cow pastures and watercress in running streams, jarring and canning: “Food has always been a part of my life,” he says.

“I had access to this world that I think really only existed in certain places in that time in this country,” the chef continues. “You had to be rooted either culinarily or in agriculture, because you didn’t see those things in the grocery store.”

Feeley has been cooking since he was a teenager, and after studying journalism in college and considering a career in politics, he accepted his calling and moved to Peru in his early twenties.  It was during his time there he “learned the importance of cooking with the seasons,” he says, adding: “It really changed and shaped my cooking philosophy.”

TILL will rotate their menu seasonally, but “it’s not going to be a place where the menu takes a hard start, hard stop every three months. It’s a slow, organic evolution of change. So you have to be patient and wait and find out what our partners, farmers and ranchers and producers have.  Let the market dictate and drive what it is I’m cooking and then we create a menu from that.”

Some of the notable programs at TILL — which co-owner Eric Allen calls a “community food network” — include its artisan baking program, where the restaurant has cultivated Colorado yeast to create naturally fermented sourdough for bread and pizzas. 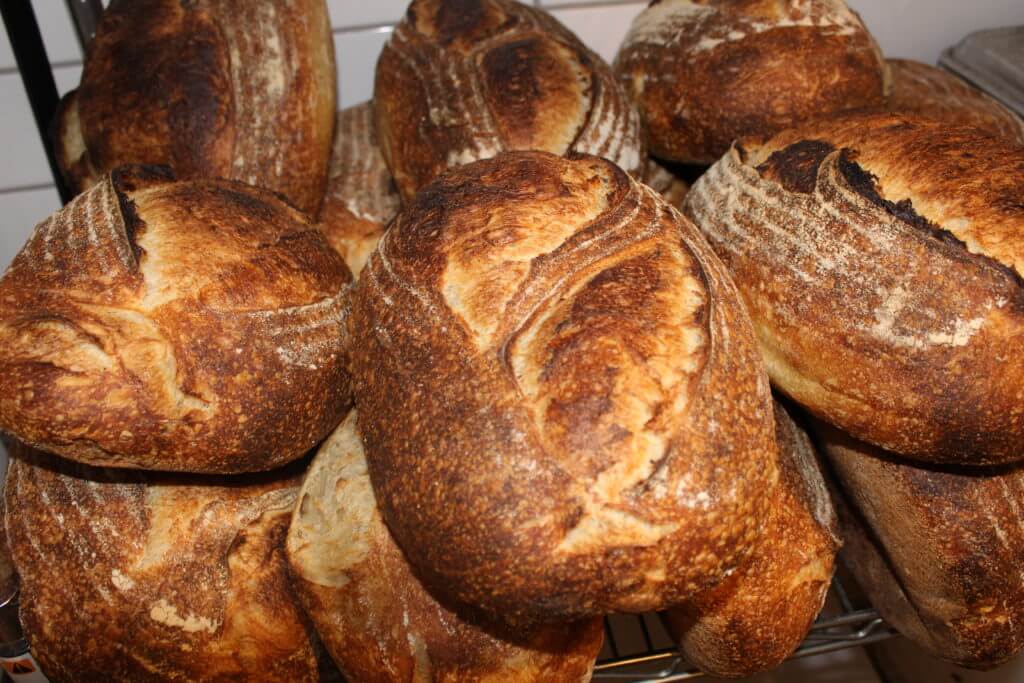 “An important part of the narrative is that we’re artisans ourselves and to be able to contribute, to be a part of that conversation and not just be a consumer or a vendor and offer these elements, is exciting,” says Feeley.

As big as TILL is, and as much talent as it houses, there seems to be no ego.  Feeley says, “It’s not about us as chefs, it’s about being a conduit between the producer and the guest.  We are going to operate with complete and total transparency, sourcing ingredients responsibly and thoughtfully. We’re not cooking for Michelin stars here — it’s mostly pizza and cheeseburgers.”

When you enter the front door, you’re immediately greeted by the wood-fire pizza oven which stands like a glowing pillar of promise. (Like: I promise you’ll stuff your face and like it.)  To your right is an open dining room adjoined to a full bar, where you’ll find local beers on-tap and craft cocktails featuring local distilleries like 291 and The Axe and the Oak.

Rustic chandeliers and black-and-white images of Colorado hang throughout the entire space.  Exposed wood beams extend across the ceiling and country-inspired murals grace the walls. Tons of natural light pours in through both the front and the back of the house.   It’s “important to have natural light to boost morale and to promote efficiency,” says Allen. “Our employees are our number one priority, because great people attract great people.”

And great people do seem to have flocked to TILL, with numerous Napa, Calif. transplants on board to bring culinary knowledge from the Bay area to the Springs.  Executive chef Gerry Castro — formerly of Farmstead in St. Helena, Calif. and the Culinary Institute of America in Napa — will be standing alongside Feeley in the kitchen.

In addition to acting like a pivotal piece of the Springs’ up-and-coming restaurant scene, the market place serves as an opportunity to incite creative cooking at su casa and provide convenient, gourmet foods to give you an edge at home.  “You can grab some Kailua pig, or lamb ragu, some beautiful pasta, a little cheese and you just have to boil some water and you’re a hero,” beams Feeley.

The market features a bakery, so you can easily pop in through the side entrance and treat yourself to a Bouchon experience, with a breakfast pastry and cappuccino made by top baristas from Switchback coffee (whom TILL has partnered with) or just grab some artisan chocolates to go.  There will be cases lined with grain-based salads, house gelato, protein bento boxes, infused waters and freshly pressed juices, along with specialty items from vendors like The Real Dill.  There’s even an enclosed bee colony hanging out in the corner, with their honey for sale right beneath it.

There will be a sushi bar, sourcing fish from a sustainable fishery out of Santa Barbara, Calif.  The fish will be overnighted from the source to provide  sashimi, rolls and poke bowls to-go.

TILL feels northeastern Colorado Springs is underserved, so it’s bringing a relaxed culture of hospitality, quality and locally sourced ingredients to the table.  Being at TILL reminded me of walking through the Ferry Building in San Francisco: specialty vendors, incredible dining, markets, an eclectic blend of culinary happiness, all encompassed in one long gallery.  At TILL, “there’s a lid for every pot.”

3 thoughts on “At long last, TILL opens Monday on Powers”