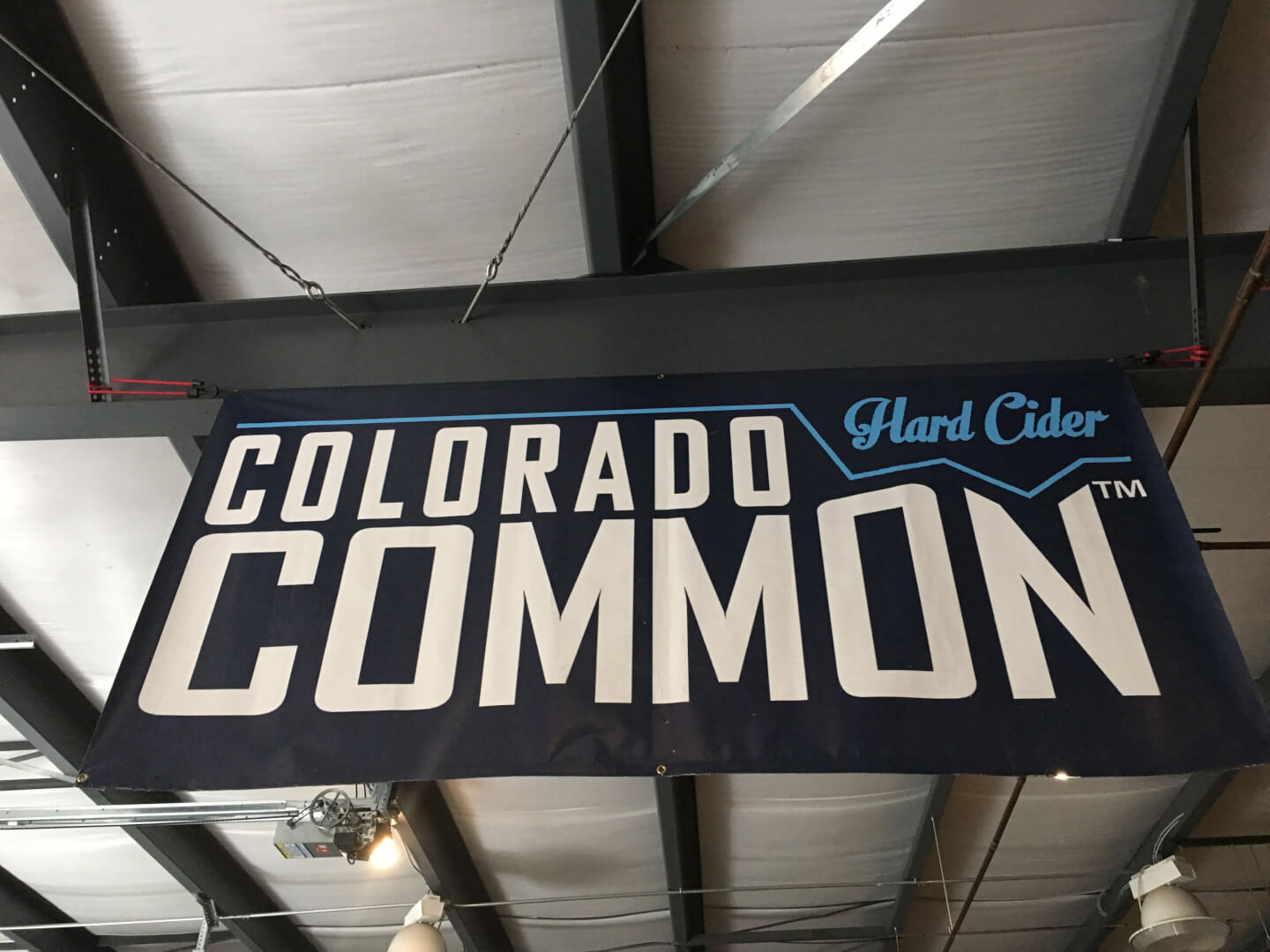 Sitting down with some Colorado Common Cider, I expected it to be a sweeter take on how I like to unwind brewery-style. But it was clear after a full tasting that I’ve only just begun to explore this world, and found my inner Eve quite tempted by the adult apple juice.

Common is owned by husband and wife team Matt Bonno and Katie Murray, who moved to Colorado Springs from Destin, Fla. after vacationing and realizing the door was wide open to  bring a cidery to a state where beer reigns supreme.  Common is now one of only 16 cider houses in the state. 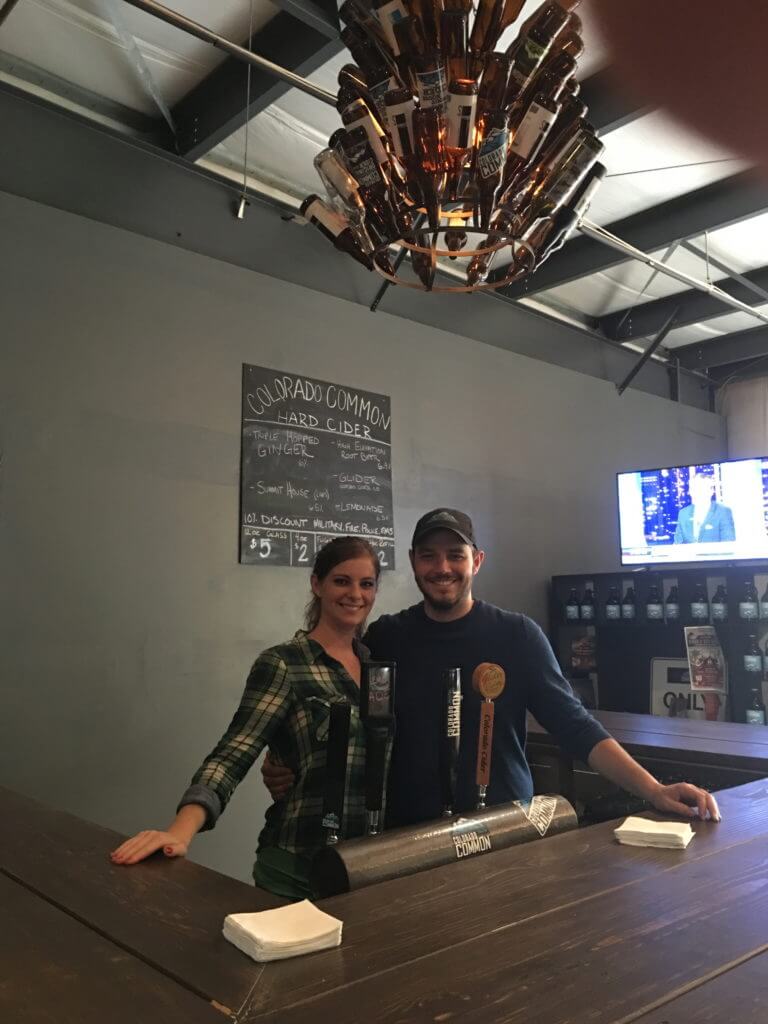 Actually, Common is technically a winery, since cider is made entirely from fruit (meaning it’s also gluten-free). Although Bonno and Murray no longer press the apples themselves, they buy their apples from a secret source in Yakima, Wa.; have them pressed; and shipped to them.

There’s a whopping 24-hour-period after delivery to use the juice before it starts to self-ferment.  Bonno wouldn’t disclose all the varietals of apples in his lineup, but admitted it’s a unique blend which includes crab apples. They chose their magic mixture after critiquing just about every apple they could get their hands on.  The same way that grapes can be influenced by weather and circumstance, apples yield different results from season to season so adjustments are necessary.  “We don’t have recipes — we have reactions,” says Bonno.

Bonno and I bonded over my admittance that I use cider as a mixer to mellow out  whiskey or with cognac.  I was relieved and delighted that not only was he not offended, but also on-board  with my mixology.  “For cider to survive we have to adapt,” says Bonno. Common seemed completely open to the possibilities and acknowledged a secret menu in their tap room.

Common’s unofficial motto is “There is one for everybody.”  The cidery currently has a handful of rotating taps offering varieties ranging from dry and hopped to semi-sweet.  Tasting more, it’s clear cider encompasses a broad scope, reminding me of champagne. “We wanted to cast a wide net,” Bonno explains.   Just don’t get too attached, because although customer favorites do reappear in limited release, when the tap runs dry it may be a hot minute until your juice returns.  If you’re really digging it,  growlers are available or you can find Common in six-pack cans and bombers at about a dozen area liquor stores.

Here’s what I tasted:

• Summithouse: straightforward cider; on the sweeter side, created with open fermentation allowing the wild yeast to do it’s thing without much meddling.  It’s the cidery’s closest take on a commercial cider, although it contains about a third less sugar. 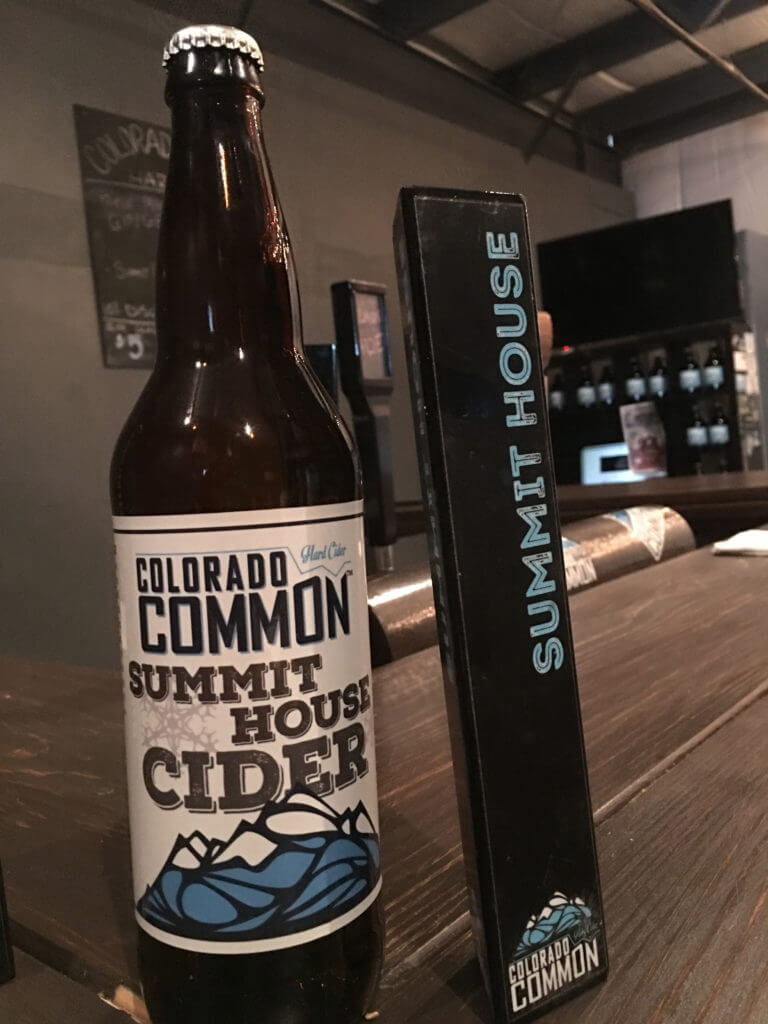 • Hard root beer: Common’s first time making a hard soda, it steeps sarsaparilla to create a tea, the strong licorice notes pushing through, plus some added vanilla help pull out the apple flavor.  “You can influence cider very easily,” says Bonno.  If I hadn’t known what it was, I would’ve assumed it was a malt-style soda, like Not Your Father’s Root Beer. Quite sweet, but I’d toss a scoop of vanilla bean in it and call it what it is: dessert. 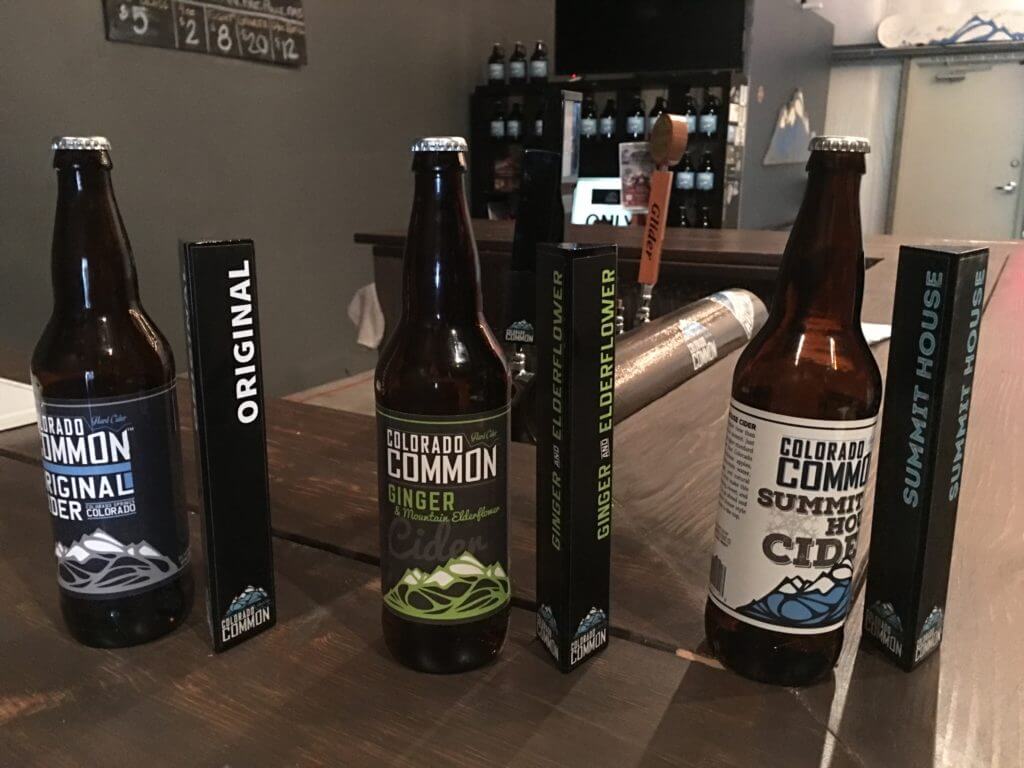 • Triple-Hopped Ginger: Bonno calls it “unapologetically hopped.” It’s a dry, delicious take that includes Simcoe, Warrior and Centennial hops.  Since hops are a flower, this cider still maintains its gluten-free reputation and is unequivocally unique and delicious.

• Ginger and Mountain Elderflower: made by steeping two separate teas.  Washing, shaving and boiling the ginger so it’s not too spicy and balanced by the sweetness of the elderflower, semi-dry. 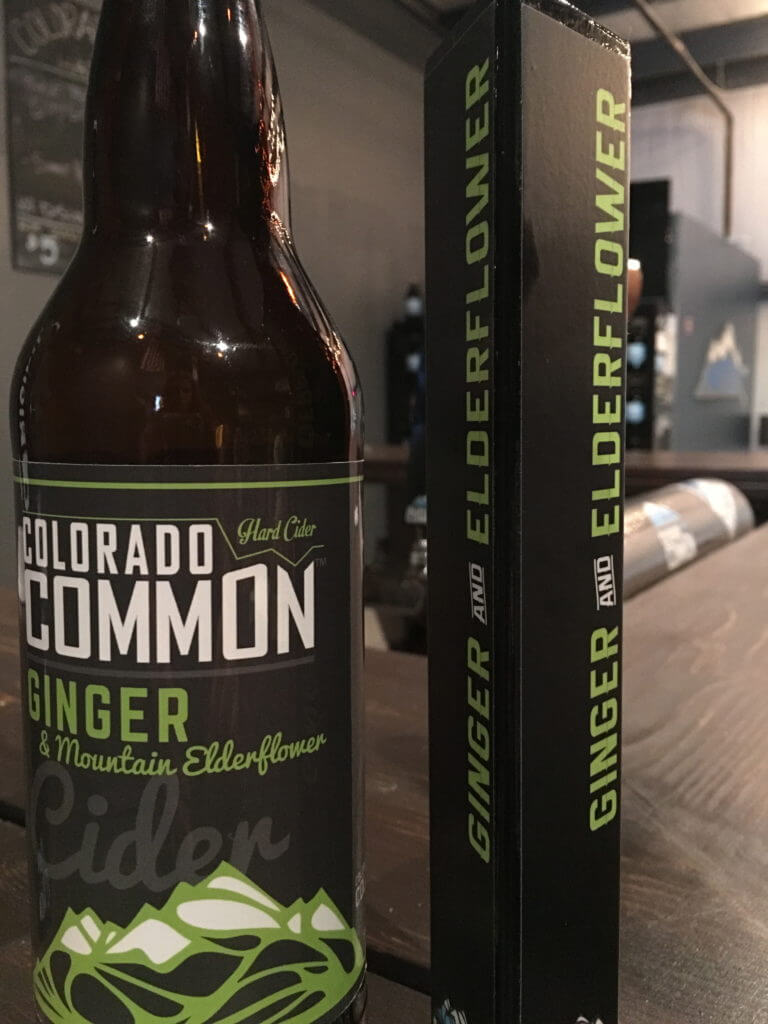 Some that I wasn’t lucky enough to taste ( … yet)

• New England Orchard, a pre-prohibition style cider which is rumored to boast a big apple flavor.

• Voodoo cider,  made with pecans and brown sugar, semi-sweet, resembling flavors from king cake or bread pudding.  An ode to the South, Bonno pays homage to his time living in New Orleans. 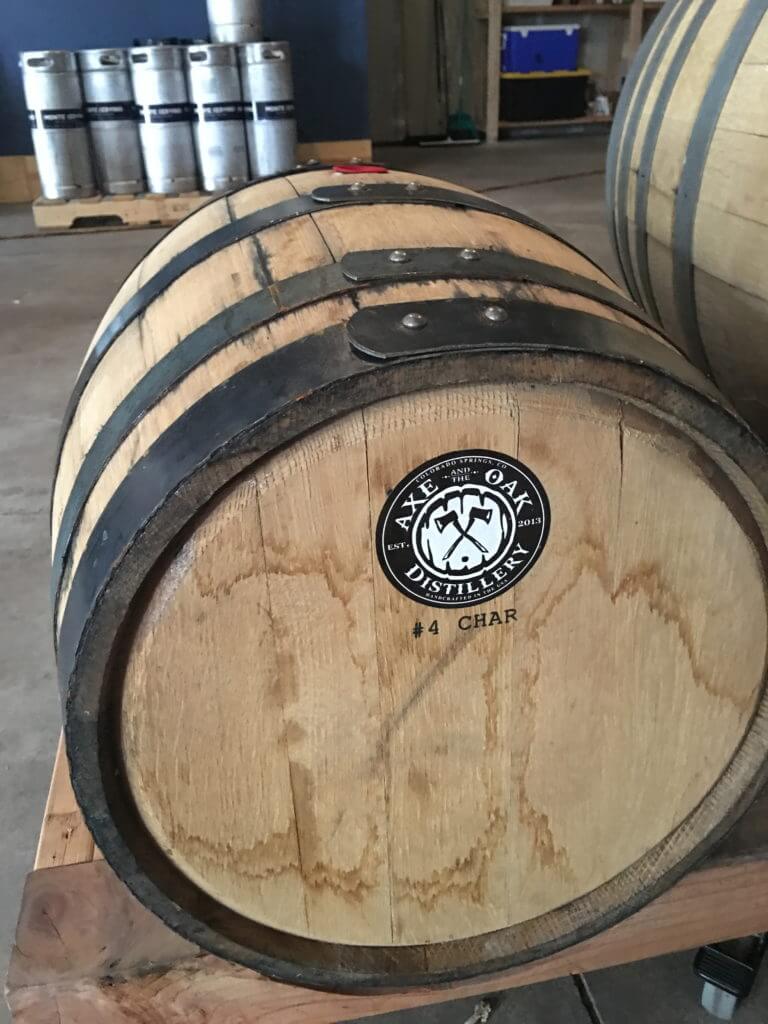 I was jazzed to learn about the ciders currently being barrel-aged.  Three barrels are chilling dead center in the tasting room (which is also where they make their cider) previewing what’s next.  Two of the three are bourbon barrels from neighbors Axe and the Oak Distillery, providing the vessel for Common’s Georgia Bootlegger, a peach cider, and its take on an Old Fashioned, a cherry cider aged with orange peel.  The other is a chardonnay barrel from Boulder Creek, so it’ll be interesting to see what related flavors — Stone fruit?  Buttered popcorn? — impress upon the cider.

These three gems will be available in early December as a gift set and will make an appearance on tap.  Common is also launching mug club subscriptions in early December, which will yield discounts on your drinking habit, any merch and an invite to a private New Year’s bash and forthcoming summer soiree.  You’re looking at a very merry Christmas at Common … 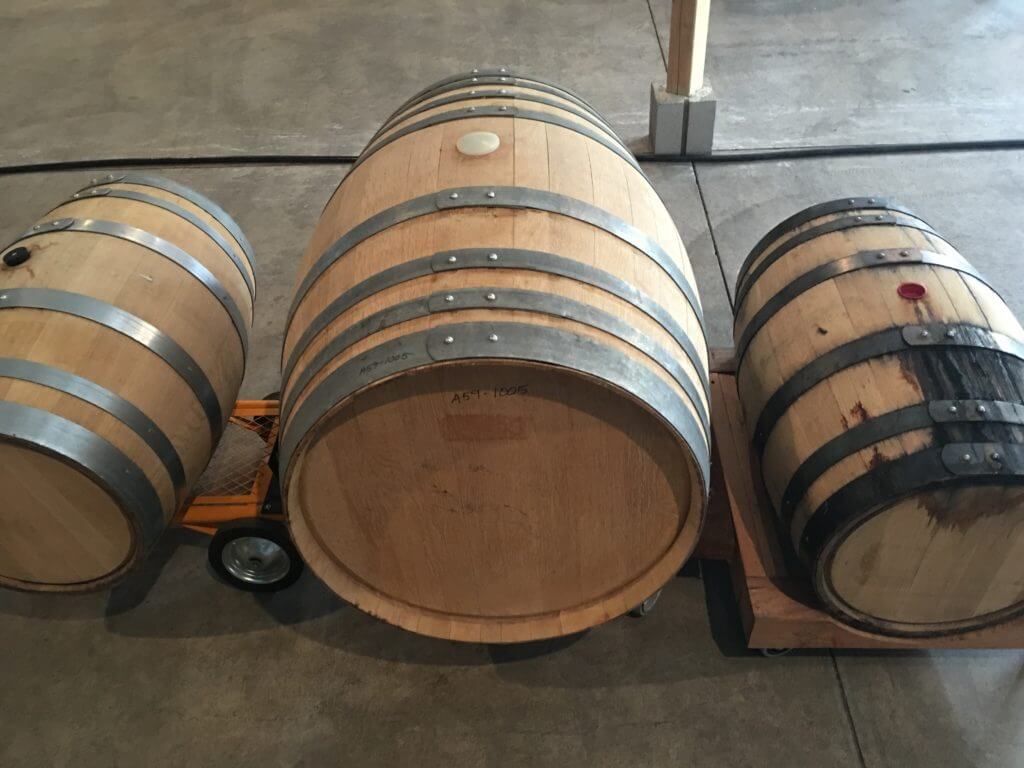 Making cider is just the tipping point for the ambitious high school sweethearts. Since Common is considered a winery, licensing lends itself to furthering their fruitful ventures. Bonno’s Italian heritage helped him visualize the couple’s future wine label: Monte Cervino.  They hope to produce an unpretentious red blend as an easy drinking table wine for local Italian restaurants in the next few years.   Plus,  Bonno and Murray want to create intensified ciders,  in the same vein as cordials, in the 24 percent alcohol-by-volume neighborhood.

Bonno has an entrepreneurial spirit, coming from his lineage of family owned businesses.  His great-grandfather established F. Bonno & Co. Macaroni Manufacturing in Houston in 1897, amidst the spaghetti western boom.  Colorado Common is the answer to a calling, you might say, and contributing to the dynamic growth of the local booze scene.  “We want to create our own personality in the Springs,” says Bonno.

With “Libation Row” growing all the time — Common, Axe and the Oak, and Local Relic all residing in the same building on Town Center Drive in the business park, with Ranch Foods Direct nearby — it’s a pretty solid strip to spend your Saturday at. 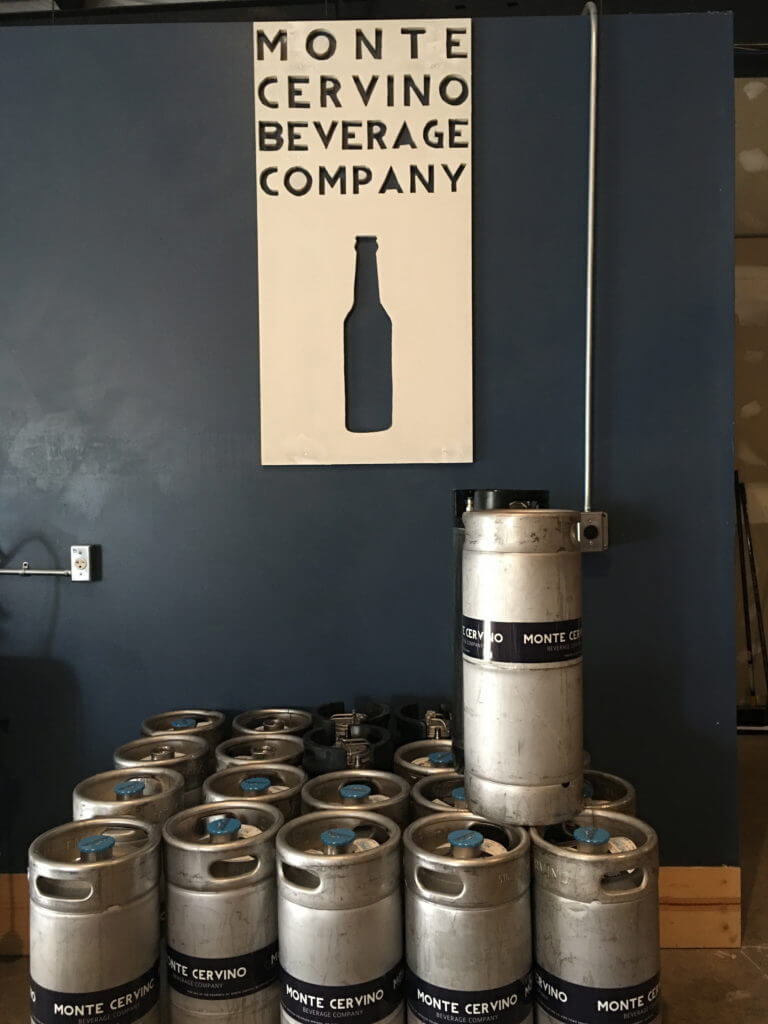 Like most breweries, Common hosts food trucks during their tasting room hours — currently Thursday and Friday 4:00 to 10:00 p.m., and Saturday, noon to 10:00 p.m. — and often have pair ciders to compliment the menu.  Abuela’s Cuban Bistro with a mojito-inspired cider?  Oh yes they did, and they’re planning another Cuban fiesta for September to officially say goodbye to summer.  And naturally, like any good party planners, an ’80s night is on the docket for the fall too, with a special growler label and a Hi-C Ecto-Cooler cider to wash all that neon nostalgia down.  Otherwise, look for Common at festivals like Cider Circus August 26 and 27 at Copper Mountain, and the Lakewood Cider Days, October 2, noon to 4 p.m., at the cider tasting garden in Lakewood.

With gentle breezes starting to blow into the Springs, this fall it’s more about apples than pumpkins. 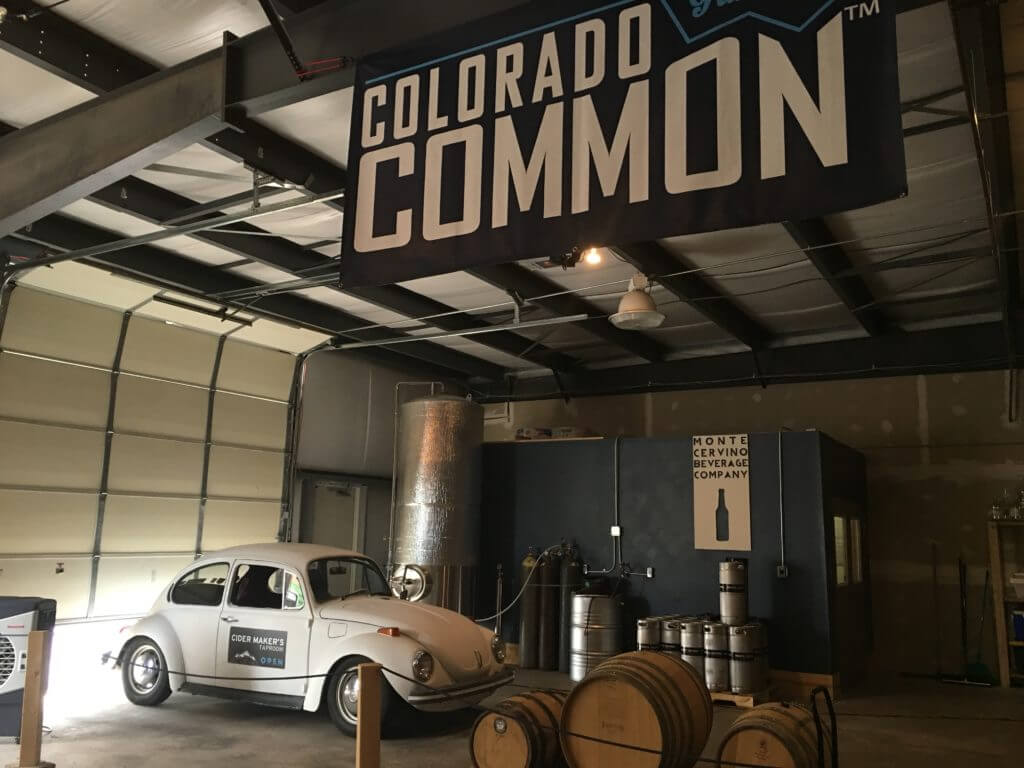 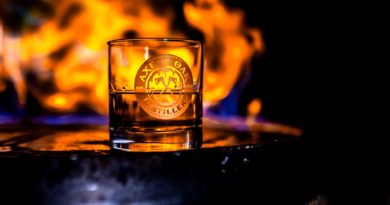 Whiskey Down with Axe & the Oak Distillery

March 23, 2019 Dionne Roberts Comments Off on Whiskey Down with Axe & the Oak Distillery 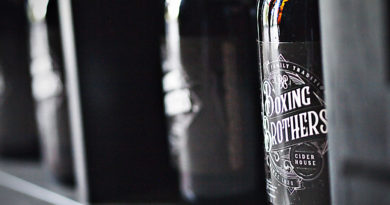 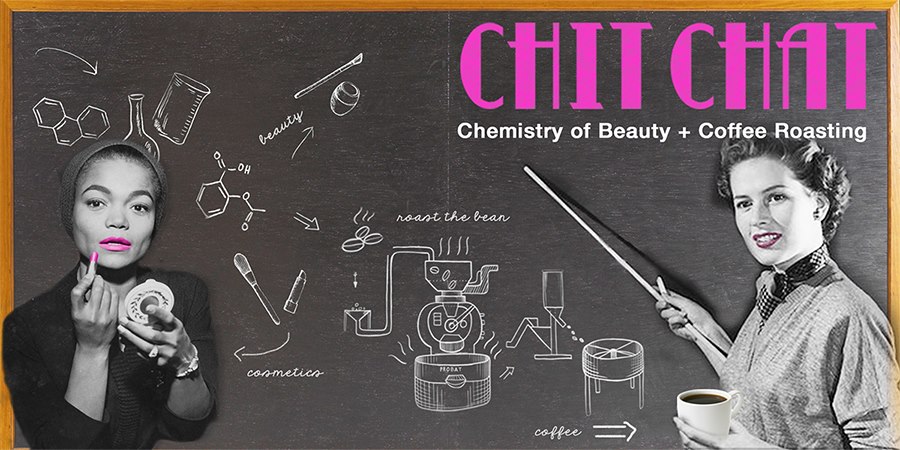