Pikes Peak Market aims to host a soft opening on August 31, pending approval from Public Health. The Art Deco building at 9 South Weber Street, encompasses almost 3,000 square feet and will become the new home for up to 20 local food vendors.

“There’s been conversation about a public market in Colorado Springs for more than ten years,” says Chris Cipoletti, strategic business planner and board member. “In 2013, a group of people actually incorporated the public market as a non-profit and there’s been a board for the past five years.  We are finally at that place where we’ve got a building that makes sense, so we can step in. The payments from the vendors will allow us to function and put on educational programming and have some entertainment for the community. It’s just taken years to finally come together and to get to that point where we recognize that starting small is better than starting big.”

As we walk downtown towards the market from Cottonwood Center for the Arts, we notice the proximity to the brand new apartments under construction. It’s a half a block from almost 200 new residential units and a multitude of businesses that makeup the heart of Colorado Springs.

“We want it to be in the downtown core,” says Cipoletti. “It felt like it was the right place at the right time and we have a five year lease on the space.”

We enter through the back door via the attached parking lot that, in the summers, during growing season, will accommodate pop up tents for farmers and produce vendors. The buildings next door only operate Monday through Friday, 8:00 a.m. to 5:00 p.m. so there’s negotiations underway to acquire more easy access spots. 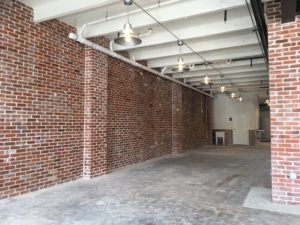 The space is completely move-in ready which makes for an easy transition. Red, exposed brick and industrial lighting, act as a blank canvas for the market to carve out it’s own personality. There are plans to post bistro tables in front of the building for casual dining and to catch the attention of passerby’s. As you enter there will be vendors along both walls and down the center aisle to optimize a natural flow. Booth spaces have borders marked with pallets to create a consistent, rustic look with additional counters to be built out, using the same wood, based on select business needs.

Towards the rear of the market, a bar will feature a locally roasted and craft coffee establishment, a rotation of Springs breweries and spirits from a few well-defined area distilleries. Expect live music and organic entertainment to present itself in the moment.

“Even if someone just walks in with a guitar or a violin, or a quartet that wants to set up and play,” says Cipoletti enthusiastically. “We’ll create those opportunities so that there are things happening. We want people to be active and engaged, mingling with the vendors.”

The space is roomy but still conservative. A wise call to fill up versus going overboard with a large warehouse that can run the risk of resembling a ghost town. When at capacity, the full list of vendors can create good energy without being overwhelming.

“Ultimately it probably is too small a space for us, although we may always have a presence there,” says Cipoletti. “But this gives us the ability to prove that we can support a public market, give vendors an opportunity to experience what it’s like to have a more permanent home and do something that would be good for Colorado Springs.”

A decade in the making, we look forward to the moment when we can visit the baker, the butcher, the bar and many more up and coming Colorado Springs businesses, all under on roof.

“We want to keep it as local as we possibly can,” says Cipoletti. “You can talk to vendors about their locally sourced food and you can sit and be in the community.”

*Colorado Springs Public Market chose to rebrand as Pikes Peak Market to integrate the entirety of the region. 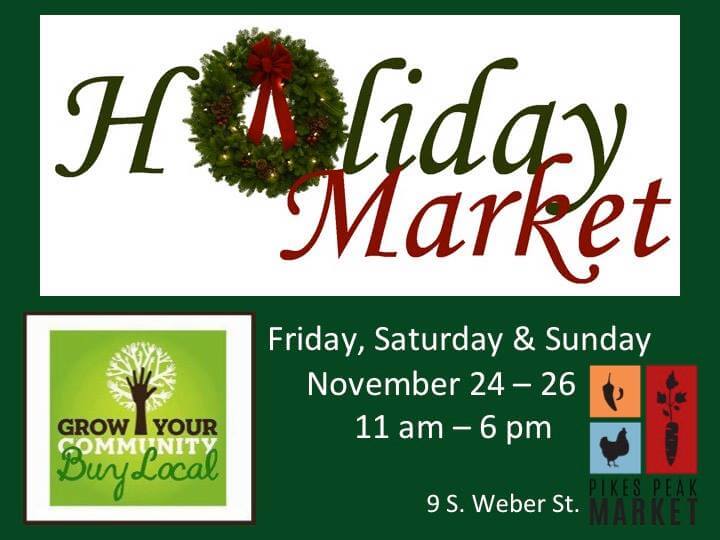