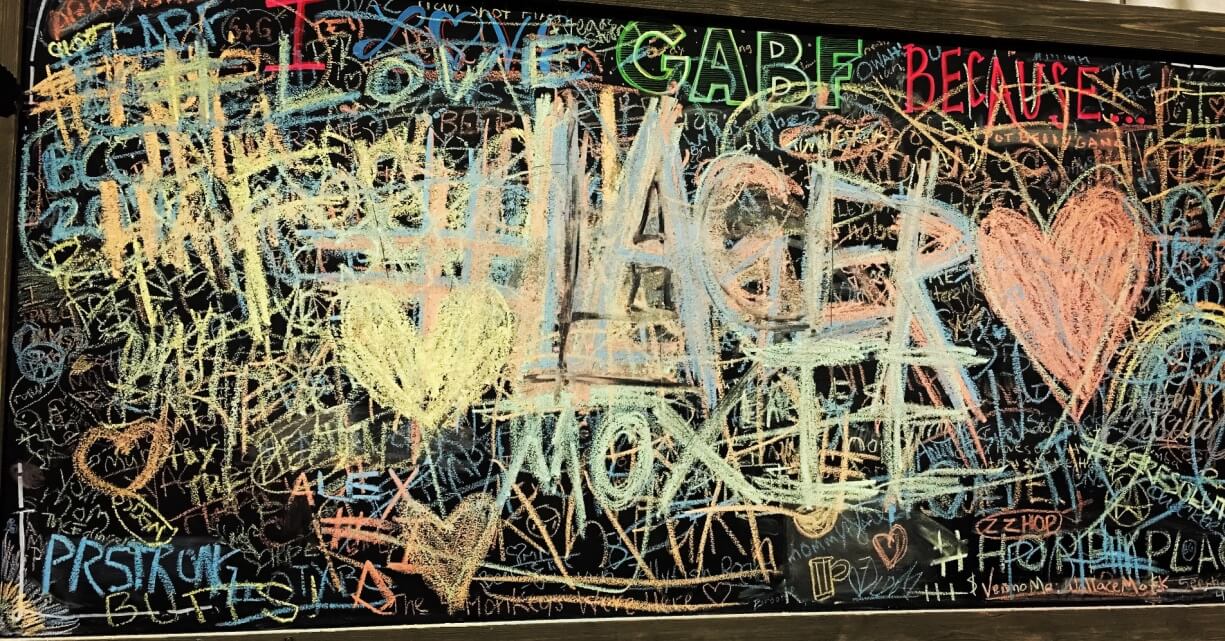 RMFR was present at the Colorado Convention Center on Thursday, October 5, and Friday, October 6, to cover Great American Beer Festival, the nation’s largest gathering of independent, craft breweries. The three-day annual event hosted by the Brewers Association has found a home in  Denver since 1982. Known for it’s continued passion and progress in the industry, Colorado is the most appropriate place to anchor the large-scale event. This year RMFR highlights some stellar, and perhaps lesser-known, spots in our region alongside some standout beers that make a mark amongst the crazy, wonderful chaos that is GABF.

We take a walk with Steve Kurowski, operations director for the Colorado Brewers Guild, and he steers us toward places he feels has a solid handle on specific styles, deserves props for their unique brews or  just merits some serious local love.

We start at Cannonball Creek Brewing Company located in Golden, Colorado. CC already owns a stack of metal with numerous awards from GABF every year since 2013. Jonathan Lee, head brewer [pictured below] walks us through their four beers with a thorough, descriptive tasting. We begin with Trump Hands, which brought home gold in the session IPA category in 2016, a blend of German and American hops with moderate bitterness and notes of white fruits and lemongrass. Another first place beer is appropriately named, Solid Gold, a Belgian-style blonde ale that’s highly effervescent with a tart and subtle spicy finish. Project Alpha #17 is an international style pale ale with a light malt base and elements of tropical fruits, like pineapple and papaya. Possibly our favorite is the Black 28, this midnight IPA tastes like a smooth, dark chocolate bar with bits of orange rind. It harnesses just the right amount of sweetness while still maintaining a strong hoppiness and earns them a shiny silver for 2017. 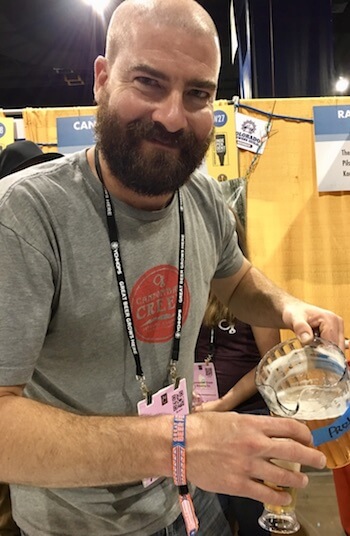 Another gem from Golden, Colorado, is New Terrain Brewing Co. We dig their blackcurrant gose, Against the Currant, that retains a salty, dry character. They gain a silver in 2017 for their Belgian-style witbier, Suntrip, which embodies ripe citrus sprinkled with coriander, clove and vanilla.

Next we hit up Denver’s Comrade Brewing Co. for their fresh hop Superpower IPA. Hundreds of pounds of organic, wet hops are put into this beer within 24 hours of harvesting them at High Wire Hops in Paonia, Colorado. With 7.2 percent ABV and 100 IBUs this hop bomb is the perfect example of how Colorado breweries masterfully create a balanced IPA. 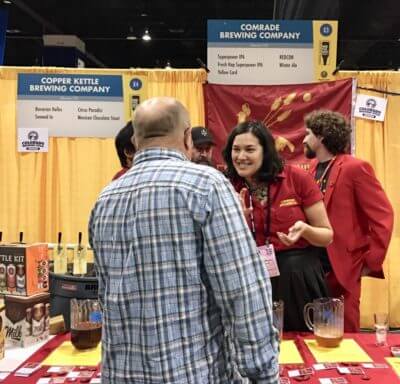 We seek out some classic styles done right and find ourselves drinking Perfect Drift, a German pilsner at 4 Noses Brewing Co. from Broomfield, Colorado. Then we head to Dry Dock Brewing Co. out of Aurora, Colorado to taste their Deutschland take which wins silver for 2017. 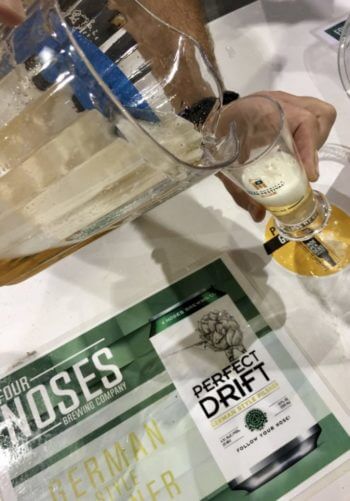 Creative beers with funky flavor combinations are always on our radar at GABF and we fall hard for the pistachio lavender rye pale ale from Black Shirt Brewing Co. The nut oil provides a creamy mouthfeel while the floral aromatics give it a lightness with just a touch of juice. 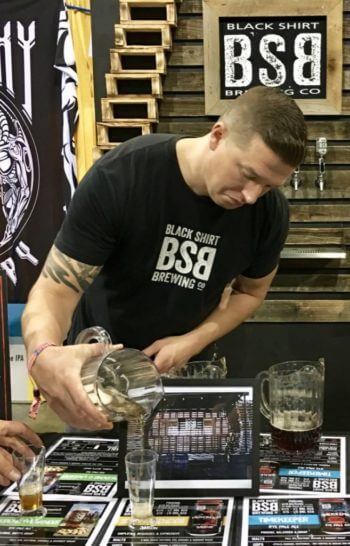 The Avery Brewing Co. and Odell Brewing Co. tables are teeming with avid festival goers.  We try some of Odell’s cellar series like their huckleberry wild ale, Ten Paces, and a version of their chocolate milk stout, Lugene, that lives in Woody Creek rye barrels for six months. The two Northern breweries share some special tappings like the Effin Teamwork, a shotgun blend that riles up an enthusiastic crowd.

We swing by Twisted Pine Brewing Co. from Boulder, Colorado, whom we adore for their taproom variety. TP wins a silver at 2017 for their session IPA, Patio Pounder, which possesses qualities of an easy-drinking chardonnay.

We make an eager beeline to Ska Brewing up from Durango, Colorado. We lead with a seasonal, the sour apple gose which emerges from their in-house Mod facility that produces small-batch, kettle-soured and blended beers with Colorado fruit. We love the Hop Ivy which we try at a happy hour event Ska hosts at Rialto Cafe prior to the first session. It advertises local ingredients with chinook and nugget hops from Simply Grown Hops in Palisade, Colorado. Finally, their big anniversary beer. To celebrate 22 years Ska has a bold imperial stout aged in Woodford Reserve rye barrels that ranks as their highest ABV beer to date at 13.1 percent. It provides supple layers of coconut and dark fruit with a velvety finish. 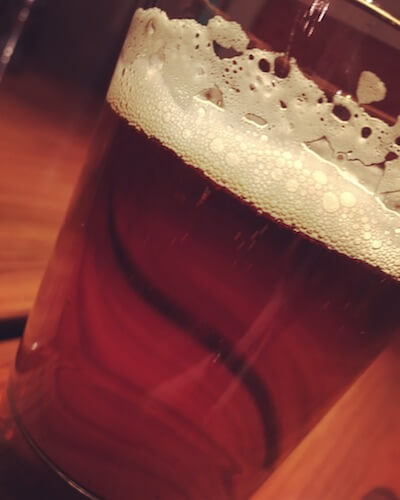 Just one booth over is Strange Craft Beer Company and we relish in our timing as we catch a release of their wildly popular and very balanced barleywine, Dr. Strangelove. It boasts loads of dried fruits and a huge malt flavor. Another must-have at the fest is their Cherry Kriek, a Belgian dark wheat ale made with Montmorency cherries that encapsulates a beautiful essence of French cognac.

If that wasn’t quite enough Colorado beer we take a quick journey to visit one of our go-to spots in Denver, Black Project Spontaneous & Wild Ales. We try their Magic Lantern, a passionfruit, peach and apricot gose made with pink Himalayan sea salt. The Dead Hand, a cuvee sour blend made with second-use raspberries and apricots, and Hyperfresh, a wild New England-style hazy IPA. No surprises here, Black Project wins a silver at GABF 2017 in the experimental beer category for their Roswell: Grudge, a part of their “super-fruited” series with a lambic inspired base.

GABF is quite simply, enormous. And although there are so many breweries from around the nation that bring it strong, we accomplish our goal of a locally-focused, impressive Colorado round-up. The list of area establishments that warrant recognition is lengthy and goes on and on with the proof on display at the awards ceremony on Saturday, October 7. Colorado racks up a total of 38 medals out of 96 available beer style categories. Winner. So rest assured, there is certainly much, much more to drink.

To see the complete list of medal-winners and to find other rad Colorado breweries with GABF cred, click here. 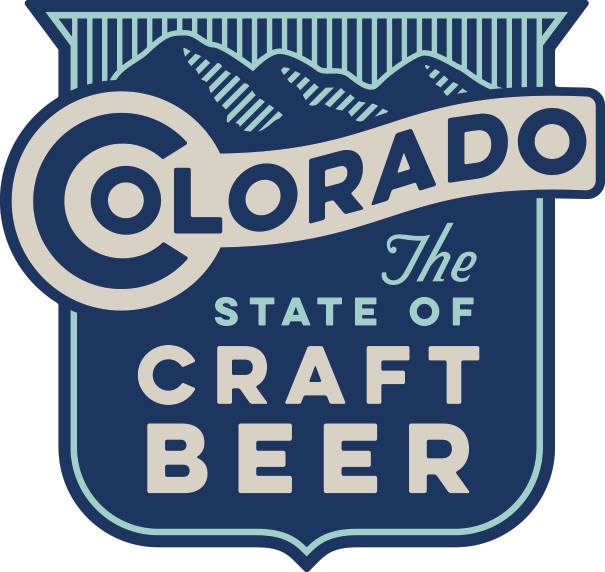 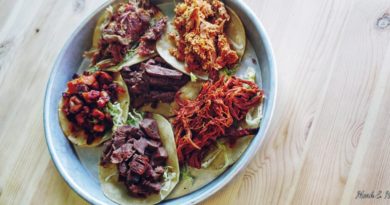 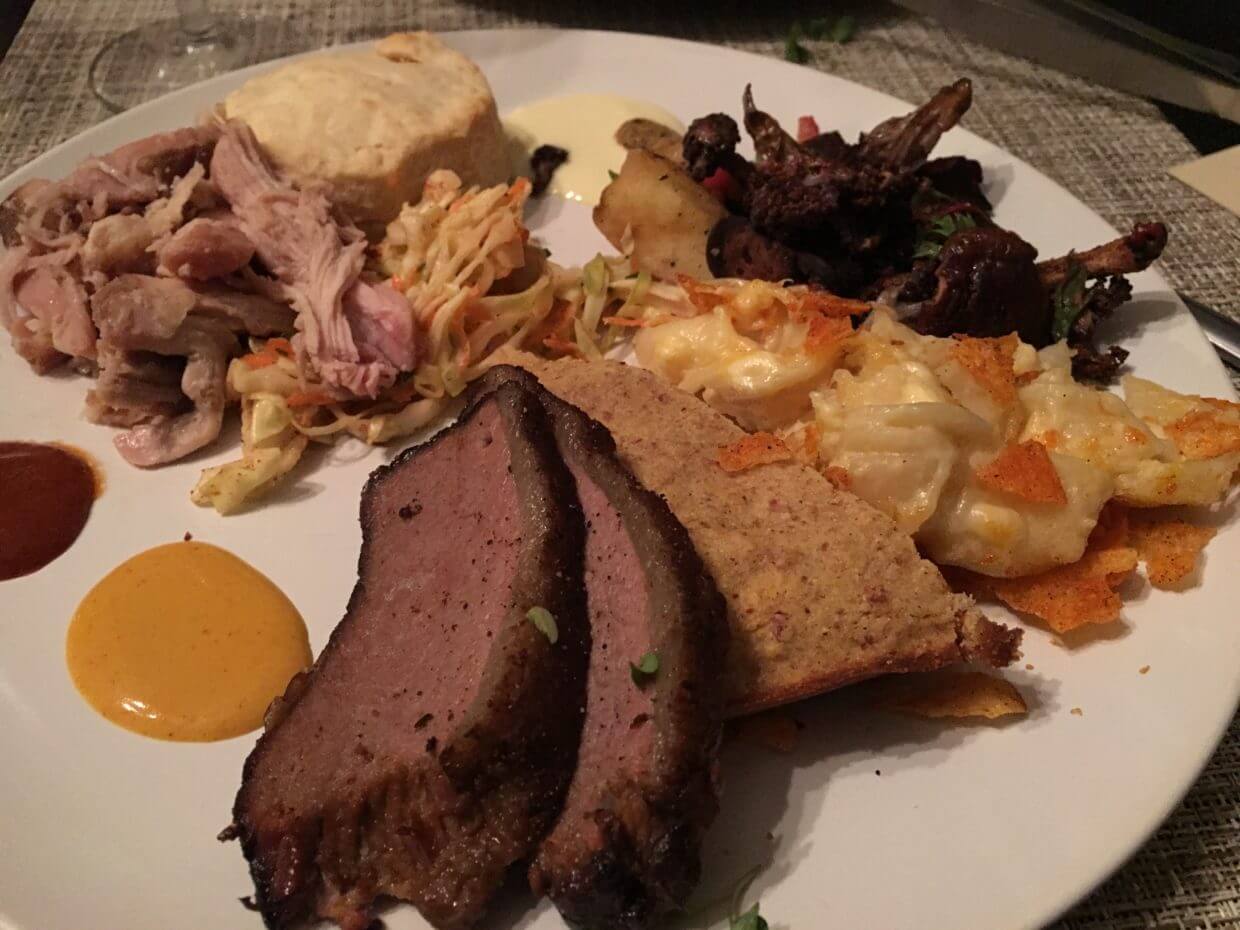