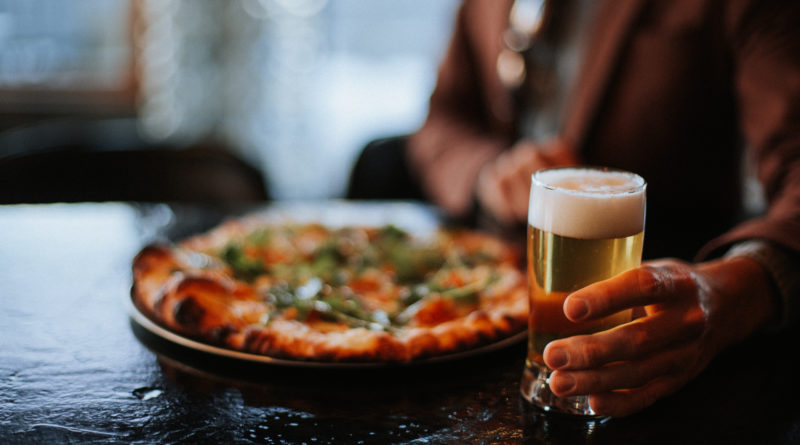 On February 6, Brewer’s Republic swung open their doors again after an abrupt closure in late December of 2017. A fresh coat of paint reflects the familiar, bold hues of Cerberus Brewing Company and is once again under the same ownership of Tom Halfast and Jerry Morris, with Joshua Adamski and Cindy Geiser. Halfast and Morris are past owners of Brewer’s but chose to sell the business in the spring of 2016 when they branched out to pursue a Greek-myth based venture with then manager, Adamski, current co-owner/head brewer at Cerberus.

RMFR sits down with Mark LeFebvre, executive chef at Cerberus who is responsible for the new menu, Adamski, and long-time employee at Brewer’s, Meredith Champion, now general manager. Just days after re-opening on a snowy Sunday afternoon we discuss the taps, the food choices and why the Cerberus team felt compelled to restore the diverse beer bar to it’s prior glory.

Despite insinuations, Brewer’s Republic is not another Cerberus tasting room and we can’t hide our surprise to see only two of their beers on the list. Adamski says he feels strongly about keeping their presence on the conservative side and although “it’s subject to change now and then, it’ll stick to two and it’ll be better that way.”

“This is a tap room that I think should be open to other beers and not so much us, even though we got it back,” says Adamski. “To me personally it should stay small.”

The same number of taps and overall system is intact but the kitchen receives massive updates with a three-tier pizza oven that cranks out 15 pies. Champion excitedly shows us a new spacious cooler and keg room that amplifies the cleaner image and offers much-needed storage.

The technical changes are earmarked by Champion’s clear direction on how she wants Brewer’s to progress. Champion is calm and capable in her role and clearly shares a good connection with Adamski, who is responsible for hiring her three and half years ago. She is candid about the relief she felt when the “old” Brewer’s closed up shop but feels confident about reintroducing traditions of pint nights and tap takeovers soon.

“There were a lot of red flags but we didn’t know when or what was going to happen,” says Champion. “It took a couple of days for Tom and Jerry to get in here and decide if this was something they wanted to take on and then they offered me a job a day and a half later.”

Making things “better, but the same” seems to resonate as the protocol to ensure Brewer’s image maintains it’s originality. The pizzas have always been a staple on the menu so Champion says it is important to preserve the crowd-pleasing item “and just bump them up a notch.”

Chef LeFebvre is instrumental in taking his fine-dining techniques and administering approachable food but admits that this is the first time he’s made pizzas in his 18-year career. We try the “Figgy Piggy” and the “Winter Squash” and both have a thin, bubbly crust with the perfect crunch, generous amounts of cheese and fresh, interesting toppings.

“Now that I’m getting used to it I’m like ‘my God’ you can put anything on pizza,” says LeFebvre. “So I’m thinking of all these bizarre combinations. There are really no restraints so it’s pretty fun.”

As spring approaches LeFebvre says that seasonal rotations will appear and patrons can expect different flavors to include fennel, nuts, seeds and vegan accommodations. New spitfire ideas fly around calling for an adventurous pie with an artichoke pesto base, blonde anchovies and crispy capers.

Cerberus invites some of their food elements over with a satisfying trio of lamb meatballs but encourages new flavors as well with the integration of some hearty, Italian-inspired subs.

Aside from the obvious improvements the transition feels seamless and the most apparent changes speak to the bright, tidy space. Now light pours in onto the red, black and silver color scheme that refreshes the walls and defines a responsible party. A digital menu advertises the rotating beer selection where the chalkboard once hung and Brewer’s grungy vibe that rose up from the underground clubs beneath is a fading memory.  “That name’s dead too,” says Adamski, who creates a sense of harmonious closure on the subject.

We take a nostalgic walk-through the maze-like establishments downstairs that are for the time being empty. There’s obvious potential for these funky bars to become intimate spots for private events with their own separate entrance/exit off of Kiowa Street and Adamski assures us that they will make great banquet and catering spaces for LeFebvre when they’re ready. An upstairs patio, that we didn’t even know exists, will open when the weather warms, refurbished with new awnings and doubling their occupancy to 150 people, with the inclusion of the lower-level, front patio.

“From a customer stand point it’s just paint, some new tables,” says Champion. “The biggest change is the behind the scenes stuff.”

The big current push at Brewer’s is making customers aware of their new hours, now open daily for lunch at 11:00 a.m. and closing slightly earlier than before, at midnight.

“Being open for lunch is really a big deal because downtown you have the business world that wants lunch but they usually stay on Tejon Street,” says Adamski. “So we wanted to grab the crowd over here.”

We get some delight out of the fact that Cerberus owners found it in their hearts, and minds, to circle back with the historic building and to consider the reincarnation of Brewer’s Republic. When the closing announcement was made we found ourselves wondering how Adamski must feel, since he spent almost five years working there. He opted to stay mum on the subject until things became official and admits that he “was kind of staying away from it” and with his busy schedule at Cerberus it initially didn’t seem practical.

“I was not as positive about being back here,” concedes Adamski. “As soon as Tom and Jerry were in though, my mom (Geiser) was on board in a heartbeat. It became something that overnight, it’s here, it’s happening, we’re going to do it.” 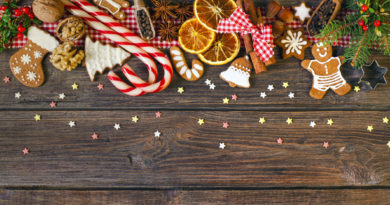