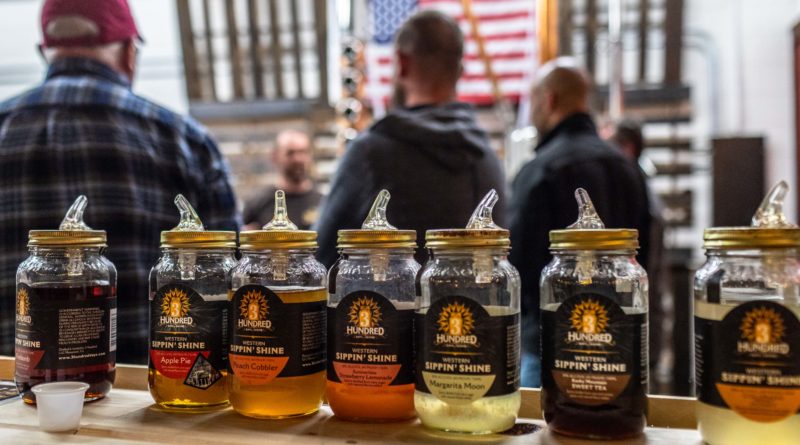 Two years ago in 2016, while Brendan and Galen Duffy were managing the separation of a military deployment they began to daydream “about all the things we would do when he came home,” says Galen. Since the couple shares an innate love for local liquids a large portion of those plans put an emphasis on their favorite breweries and distilleries in Colorado Springs, and then the question of safe passage came to mind. With that food for thought the couple’s reunion plans evolved into a business venture, Colorado Craft Tours, that resolves the need for reliable transportation and presents a rare chance for a backstage pass at the establishments where we imbibe.

RMFR hops on with Galen to join their route in Northern Colorado Springs and Monument, Colorado, that visits 3 Hundred Days of Shine, Pikes Peak Brewing Company and Colorado Mountain Brewery. During our tour she explains why they call the Springs their “adopted city” and how they’re choosing to tackle the growing tourism industry with a conservative yet capable blue and white shuttle bus.

“I have always loved food,” says Galen. “It’s love, culture, family and positivity for me and when we came to Colorado Springs, I discovered this amazing, vibrant craft scene and we just kind of poured ourselves into it.”

Colorado Craft Tours began rolling out their first boozy sessions mid-March of 2018 with options for their three-hour long, intimate, guided excursions that cost between$62.00 and $69.00 per person. They alternate between two routes on Saturday and Sunday afternoons plus Friday tours in partnership with the Colorado Springs Convention & Visitors Bureau Crafts & Drafts Passport initiative.

“They really are a fantastic resource when we were new to the city,” says Galen. “It’s clear we needed to make this happen because we need an easy way to go check out all the locations.”

The Duffys do acknowledge that there is a fair amount of drinking involved but says that they strive to showcase “an educational experience that exposes you to a different side of craft brewing and distilling.” During the tour participants are privy to meet and greet with the brewers and distillers to better understand their processes and inspiration.

“I assume everyone is interested in craft but there is an appreciation when you get to go behind the scenes and talk to the people who are making it,” says Galen. “If they’re not an industry insider they don’t have a lot of access and they only see the outcome, but it’s really interesting to see how it all comes to be.”

Colorado Craft Tours also includes a small selection of pairings at their last stop at Colorado Mountain Brewery which Galen says is something “we really feel strongly about.” We also garner that same respect for stellar combinations, and sit down to a flight of beers with accompanying taster spoons that aids in the absorption of our saucy day.

“We are really grateful for the collaboration and all of the entrepreneurs at these establishments,” says Galen. “We’re really hoping that this is beneficial for everybody and it’s just all around positive.”

The Duffys refer to their passion project as a chance for “a fun, date afternoon” that also envelopes a larger purpose to reinvest into their new hometown’s economic growth and future prosperity.

“We have two main goals,” says Galen. “We want to bring locals to places they may not have been before and since we have such an amazing tourist industry here we would really like to have that support the craft scene, to make sure it’s also profiting from this increase in visitors.” 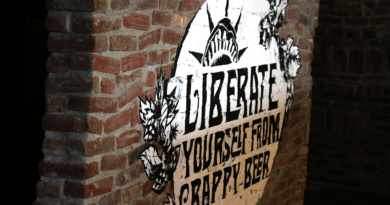 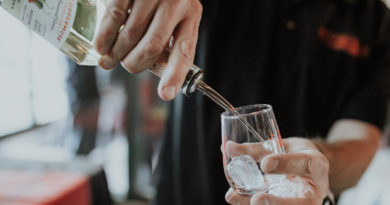 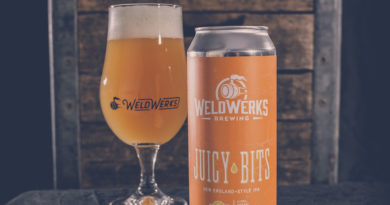