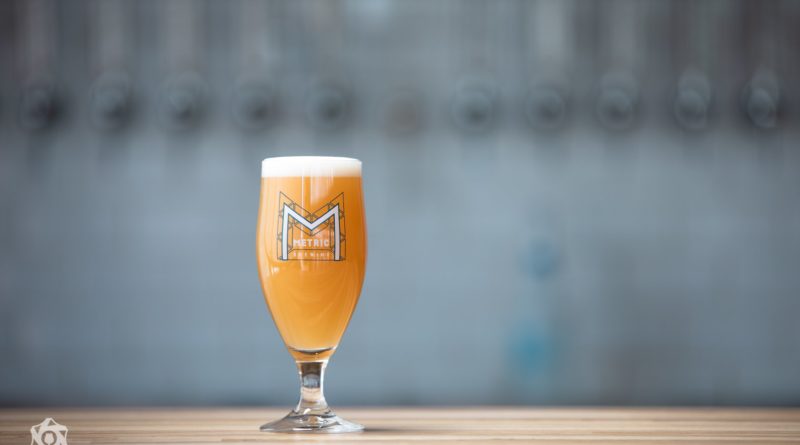 On Saturday, July 21, Colorado Springs newest craft brewery, Metric Brewing, held their grand opening to an astonishingly large crowd of thirsty and excited beer drinkers. Yet within that same weekend of a congratulatory and eager reception, social media began to buzz with some negative commentary that calls out their more conservative pour sizes and even accusations of $9.00 beer night.

RMFR has the chance to attend Metric’s media preview just prior to the big day, with numerous subsequent visits, to gain a confident take on their beers and choice presentation. We recently sit down with co-owners, Mike Centanne and Chase Perry, to address the intentionality and ambiguity behind their concept and why the measurement of a great beer transcends a traditional pint glass.

“There were all sorts of urban legends and false statements before we even opened our doors,” says Centanne. “It just comes with the territory but I hope that people come and see for themselves. I don’t think Colorado Springs gets enough credit for being savvy consumers and I think there are a lot of us here that know good beer.”

Centanne, who is also the co-owner of Iron Bird Brewing Company, says that the idea for Metric is over five years in the making and comes to fruition almost by happenstance, as the space was meant to serve as Iron Bird’s secondary location. With the dissolution of those best laid plans, he recognizes a new opportunity with Perry, his former Knight in Color bandmate and assistant brewer at Bristol Brewing Company, to introduce a small, nano brewery inspired by their like-minded appreciation of art and music, all built around a striking topaz hue.

“We wanted to break away from the constraints of brewing five or six flagship beers continuously,” says Centanne. “If I take a trip somewhere I want to come back and brew my version of it. We want to brew, whatever we feel like.”

Perry and Centanne’s similar ideas and instantaneous friendship leans naturally into a beneficial partnership with an upmost concern for heightened sensibilities. Where Perry’s analytical style and background in quality control lends to consistency and accuracy, Centanne contributes panache for eye-catching aesthetics and a habitually inventive mind that reflects in the diversity of their beers.

“I think he is a grounding force for me but there’s also a part of him that wanted to spread his wings and get outside of the box,” says Centanne. “Our skills overlap in some ways but then otherwise we have our own things we bring to the table. A business partnership is a lot like a marriage.”

Their cohesive relationship clicks with a commitment to unique, varied and seasonal offerings that utilizes a multitude of fresh, local produce that they hand-pick, squeeze and zest into their beers; high-grade spices and specialty hops that are scarce if not nonexistent anywhere else in town.

“Anything and everything,” says Perry. “There are ingredients that are only good two to three months out of the year so that’s when we’re going to use them. We’re not going to sell short just to save money.”

Although Metric’s beers are in constant rotation, some crowd pleasing favorites like their raspberry kolsch “Mom Jeans” will resurface “just how it was, but it won’t replace itself, ever,” says Perry. Instead patrons can expect something in the same wheelhouse to step in and as fall approaches, fans can look for her high-waisted return towards the end of this week.

“In September the raspberries are incredible,” says Perry. “Once it’s out it’ll come back in a few months when we want to brew it again.”

A constant thread at Metric is the recognizable shade of Sherwin Williams “Naples Blue” that Centanne says he “was just drawn to.” Purposeful, bold lines set the tone of the interior with an industrial design scheme, light wood and high beam tables. Pieces of his personal art collection are spaced methodically along the wall with additional works for sale from local artisans and a notable, black and white graffiti expression throughout the bathrooms.

Yes, we checked both.

“My role in these past two breweries has really been the visionary,” says Centanne. “In both of these breweries it’s very much a snapshot of me and who I am at that moment. I come into these blank canvases and decide how they should look. This whole space looks the way it does because I found that blue color. That was the very first thing I had. I sat in here with that swatch and everything else just filled in the blanks.”

Centanne says that the word Metric itself has no deep significance outside of his gravitation towards the simplicity and symmetry of the first letter, but he greatly appreciates the freedom it affords the brand.

“I really hate sort of being locked into one theme,” says Centanne. “My personality is so all over the place, this month I may be into this certain style and the next month I’m into something completely different. Even though it’s brewing beer I’m influenced by all these artistic, creative things.” 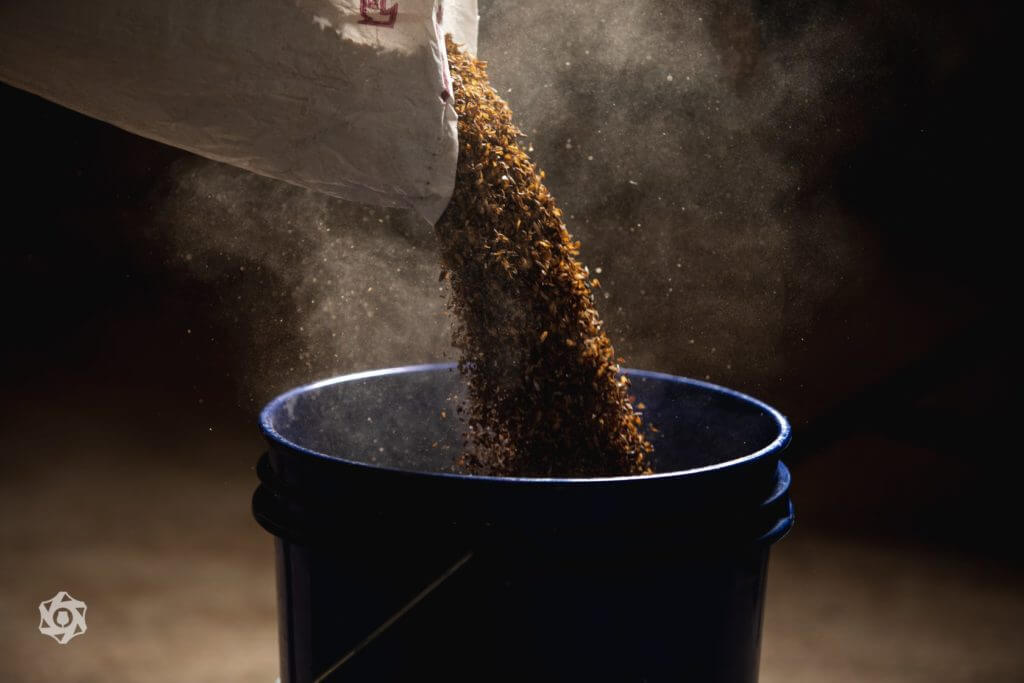 The catchy name’s initial contribution was intended to accurately present the serving sizes of their beers, as all of their glassware is from a European manufacturer, measured in the Metric system.

“I thought it’d be clever and funny but we were worried about transparency,” says Centanne. “We didn’t want it to seem like we are trying to pull the wool over people’s eyes because it is a smaller pour than traditionally around town.”

Ironically, that is exactly the heat Metric receives and Centanne explains that although some of their beers are marketed as 12-ounce pours the glasses actually carry 13.6-ounces, which leaves room for a reasonably frothy top and perhaps, more beer than advertised.

“The majority of places have true 16-ounce glasses and then you’re getting one to one and half ounces of head and you’re getting charged for 16,” says Centanne. “So we try to be really conscious, having it all over the board, the menu, in ounces so people understand exactly.” 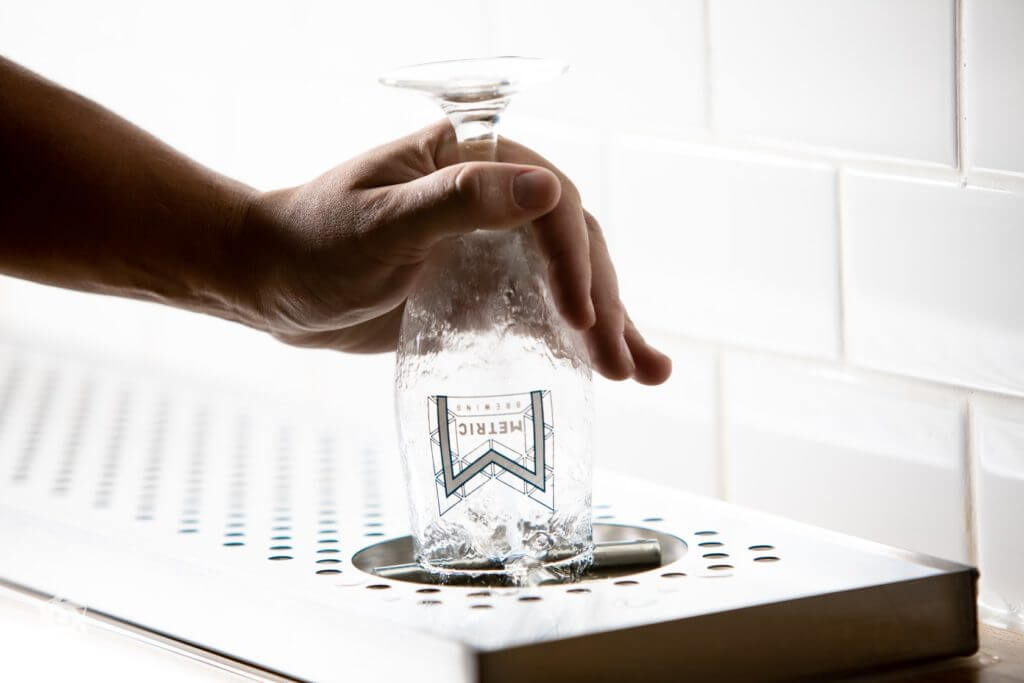 Centanne says their decision to opt for slightly less than usual is a personal preference that encourages patrons to taste several different beers without getting drunk off of just one or two larger pours.

“To me it hasn’t ever been about quantity, it’s about trying new and interesting beers,” says Centanne. “I wanted to find a size that seemed like a happy medium. It was not a play to cheat people out of beer.”

Metric also petitions for their glassware, which comes in three varieties, as a more ideal serving vessel since “you can take them home, open up a can of beer and its the perfect size,” says Centanne. “There was a ton of thought that went into the beer sizes and the shapes of the glasses themselves.”

“Our business plan is to brew beers without any compromise and to price the beers accordingly, which we hope people appreciate,” continues Centanne. “We’re not cutting any corners. In the grand scheme of things, I think it’s a better value.”

We understand that numbers can be tricky, especially under the influence, so we run some equations to calculate Metric’s ratios and find that their prices are comparable or even less expensive than many craft breweries in the area operating on substantially larger systems. Metric also reiterates that they don’t currently serve any $9.00 beers, and that at the moment their most expensive beer is $6.00.

“I feel like our prices are right in line and I think some of these smaller breweries are out there watching and they’re really appreciative that we’re paving the way,” says Centanne. “I know some of them are struggling because they’re not able to charge what they should for their product at this scale.”

Metric strives to keep 10 taps of their own beer on, with two to four guest beers, alongside locally made kombucha and cold brew, but with a continuously high demand and low volume, that has been impossible to maintain.

“I think that’s the best answer to our criticism,” says Centanne. “Our biggest problem is that we run out of beer too quickly. We also clear the lines out every day so customers are not getting a glass half full of beer that’s been sitting overnight and losing it’s carb. We really pay attention to detail and make it worthwhile.”

It’s coincidental that the pressing issue at Metric has been all about the measurements even though the clarity regarding pour sizes and intentional brewing practices translates to us as their top priorities for a discerning clientele.

“We’re trying to find a balance between keeping customers happy, running a profitable business and then also keeping ourselves happy too,” says Perry. “The process for both of us is really satisfying.”

The conversation concerning preferred portions and proper glassware in tap rooms continues to swirl around the entirety of the beer industry, not just in Colorado Springs, Colorado, but across continents. Happy or not with the numbers on the board, Metric delivers solid beers that may be a few fingers below what you think you’re used to, but we find a fond connection with their minimalist philosophy that acknowledges sometimes less really is more.

“I think a huge problem is that there are too many critics and not enough creators,” says Centanne. “There are so many people out there that don’t understand the amount of work and love that goes into opening a business like this. You’ve got to believe in yourself and know that you’re the guy that has dedicated his entire life to brewing amazing beer and to putting something out there that didn’t exist. That’s the burden we bear, opening ourselves up to this critiquing that we’re going to receive. We will find our crowd, we will find our customers. We’re not trying to be everything to everyone.”

*All images courtesy of Dustin Hall, The Brewtography Project 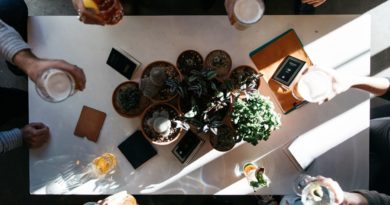 Drink it in with The Passport Program Winter Edition

December 4, 2018 Dionne Roberts Comments Off on Drink it in with The Passport Program Winter Edition 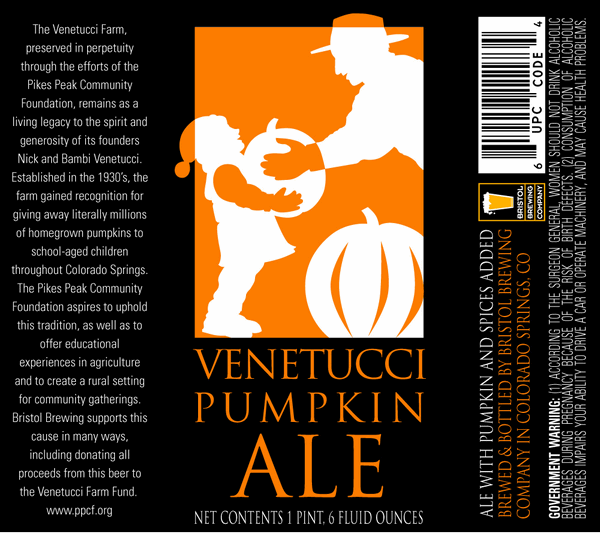 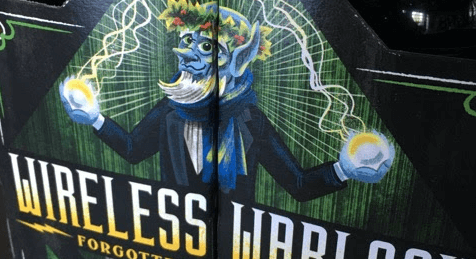 2 thoughts on “Is Bigger Really Better? Measuring Quality over Quantity at Metric Brewing”